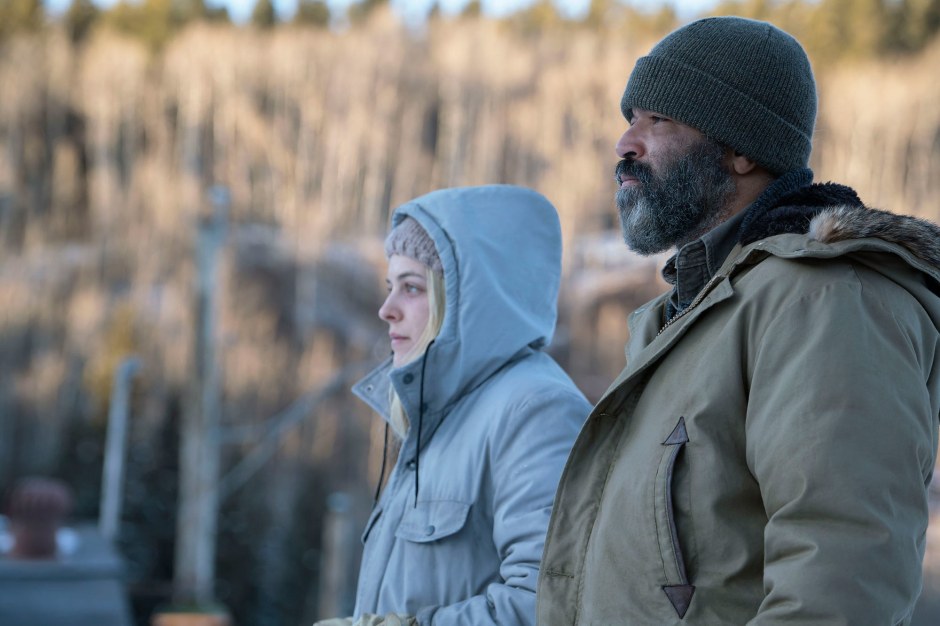 Jill and I have settled on a Free for All month for November because December will most likely be Shit Christmas TV Movies month. Look, we’re not machines and thinking of themes every month is hella difficult. So movies from our wish lists it is.

My pick this week is by one of my favourite directors and the screenplay is by Macon Blair so colour me pretty excited. END_OF_DOCUMENT_TOKEN_TO_BE_REPLACED

April already and time for a new Collab category but do you think we can think of anything? Can we fuck. So it’s a Free for All again and I’m not mad about it. I’m mad about this week’s film however but that’s another story.

A woman on the brink of a marriage proposal is told by a friend that she should date other men before spending the rest of her life with her boyfriend.

Will (Dan Stevens) and Anna (the luminous Rebecca Hall) are childhood sweethearts blissfully in love and happy in life. Anna’s some sort of academic while Will makes tables, and in his spare time renovates a home for the two of them to live in. Once completed the plan is that they’ll move in, get engaged, have the babies, all that jazz.

This is all well and good but you didn’t think it would be that easy, did you? On the night of Anna’s 30th birthday, one of their friends (more on this arse clown later) mocks them for being boring and ponders how they can possibly be happy never to see anyone else’s junk. The couple is initially bemused by this reaction but it triggers a conversation that leads to an agreement that they will in fact sow some oats with other people before they put a ring on it. They’re strong enough, right? And it’s all just physical – RIGHT?

Well, straight off the bat Anna gets down with sexy Dane who she meets in a club when she’s with Will. Will’s all for the union and Anna enjoys herself, despite the initial butterflies. Will in turn is not short of offers and soon afterwards gets it on with Gina Gershon (who’s the best thing in this film). When Anna finds out, she pushes Will to see her again because she wants to spend more time with Dane. And here’s where things start to unravel… like, what? I get that no strings loving can be hard to do if you’re not that kind of person but you’re not looking for new relationships, guys. Or…?

It should be said that they also each make a questionable sexual decision in addition to Dane and Lydia, and this might be why they go running back into the safe arms of their initial conquests.

Running parallel to the main relationship woe is the slow disintegration of Reece and Hale’s relationship. Reece is the jerk friend who suggested Will and Anna’s way of life was a problem in the first place. Hale is desperate for a child and Reece won’t even discuss it with him. He’s happier to cast judgement on Will for shagging around – DESPITE THE FACT HE’S THE ONE WHO SUGGESTED IT IN THE FIRST PLACE! These dudes are the worst with Hale being incredibly passive and annoying – and Reece just generally being unbearable. 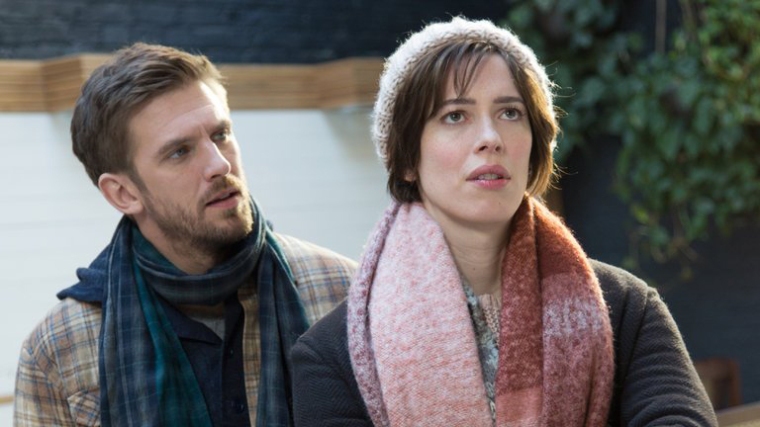 While I appreciate the premise of this film, I definitely expected it to be a lot more fun. Forgive me for expecting a movie with this central cast to be a witty sex comedy. Instead it was bleak and stupid. The ending is really frustrating – and I’m no fan of the cavalier and selfish way in which both Will and Anna treat the new people in their lives. Anna more so.

Permission does get points for being good looking, as is Rebecca Hall who is always head and shoulders above anyone else in her movies. It doesn’t give us the happy, sickly ending we were expecting (I was certainly expecting it), and I liked that even though I shouted at the screen because it was also kind of bitchy. I felt bad for one of the parties.

Gershon is a fucking gem, always and her divorcee Lydia was probably the most fun I had throughout. I can’t tell you how bored I was by the secondary “Waaaaah-can-we-have-a-baby” drams.

I don’t know, I’m not sure what the message is supposed to be: Good, healthy relationships are bad and boring, so nobody should have one? I’d say it should be: if it ain’t broken, don’t try to fix it but what do I know?

What did Jill think of this one? I think I know because we messaged back and forth about our mutual frustrations. But officially, would she dump this to bone other films or prefer to live monogamously for the rest of time? Find out here.

This week I am loving:

I’m very late to this party but I’ve become obsessed. I’ve done the first two seasons already this weekend. Could being able to rinse an extraordinary amount of television within a tiny window of time be considered a super power?

In The Fall, a strangler is terrorising Belfast with his sadistic woman-murdering ways. He has a very particular type too, so dark-haired, beautiful professional women beware. Hot on the heels of this monster, thankfully is Gillian Anderson‘s Stella Gibson, MET officer and all-round badass – so he better fucking watch himself.

There’s little mystery here, from the start you know whodunnit but as it unravels we learn more about the psyche of the man behind the killer – and it’s a compelling watch. PHEW-EE.

Stella Gibson from The Fall

A shout out to the character of Stella Gibson as mentioned above for her cool demeanor – and her chic-as-shit wardrobe. Stella is fighting the good fight for the victims of the Belfast Strangler and I enjoy her very much. She doesn’t seem frightened of anything in the heat of the moment but she’s a deep and interesting character.

I really enjoy Stella’s confidence, attitude towards the Patriachy and her chemistry with both PC Danielle Ferrington and pathologist Reed Smith.  Who run the world?

My god I love this book. I’ve recently finished it and can honestly say it’s one of my favourites so far. While I was expecting it to be super trashy, I was actually greeted by a sad lament on grief and loss – by way of an abandoned Indian burial ground, of course.

Nobody can spin a yarn the way Uncle Stephen can and I’m still firmly in love with his mind. Who knows what I’ll find next?

Just a few of my favourite bits of graffiti/street art from this week. Brighton is great.

What are you digging this week?